A password manager is a program that organizes the various passwords that a user has to enter to gain access to different resources, and it usually holds the passwords in an encrypted area. They generally work as a form filler to insert the password automatically, without any need to actually type it in. There are some ridiculous myths that password managers are unsafe, but these are just myths.

First of all, encryption means that the file is stored in a format that isn’t readable by human eyes, but that isn’t the only way that a password manager keeps users secure.  Many password managers compare the address of the current site with the one stored in the database it keeps. If they do not match, the login fields are not automatically filled in. This protects users against visual imitation websites that try to fake users into entering their passwords. This type of software can also protect against keystroker loggers since they do not require the user to actually enter the password each time.

Considering that it can also be used to prevent users from writing down their passwords or storing them in a regular text file, most people who spend any amount of time on the Internet will want to work with a password manager. They come in several different designs, and many of them are actually built into other programs. Naturally, no one single piece of software will be right for every single installation, so a bit of an overview should help people make an educated choice.

The password manager that comes built into the Mozilla Firefox platform has a very strong advantage in that it is already installed on countless computers. It has been estimated that one in four Internet connected computers uses some flavor of the Firefox browser. This particular password manager is relatively easy to configure, considering that the options are easily accessible from the Firefox security panel. Naturally, it is easy to purge out when clearing out other settings, which is useful if one is under the impression that the security of a particular system has been compromised. One of the more impressive features of this particular design is actually seemingly very simple.

Firefox for mobile actually comes with the ability to work with the password manager. Considering that many mobile applications seem a bit anemic, this is not something to scoff at. 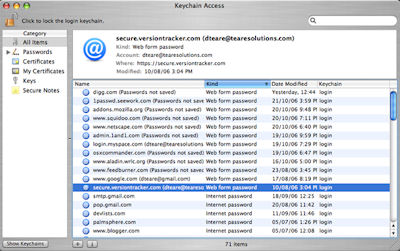 While some might debate the definition of free as it applies to the Apple Public Source License, Keychain might be a good choice for those who are working with machines that run on the Mac OS X platform. There have actually been releases of the software since Mac OS 8.6, and this means that the majority of Macintosh users probably have access to the software. Since it is not necessarily part of a web browser by itself, it can be used across a number of software packages. A number of popular Apple programs like Safari and Apple Mail work well with the Keychain password manager client.

KWallet is to the KDE desktop environment what Keychain is to the Macintosh platform. The software gives users a central place to store their passwords, and each individual wallet can be used to store a separate group of passwords. Each of these wallets can be assigned their own password, which might make the program useful for those that want increasing levels of security. Since it is one of the many programs that are standard with the KDE package, people who use the desktop environment might want to give it a try.

Since GNOME competes with KDE to a degree, GNOME Keyring might be considered a competitor to Kwallet. Naturally, the GNOME Keyring is a component of the GNOME desktop environment, so it is just as available to GNOME users as Kwallet is to KDE users. The design of this free software application was written in such a way to allow different programs to access it in a standardized fashion. This might mean that it can work out of the box with only a little tweaking, and that might make it better for some users who want a password manager that can interface with the majority of programs that they use. 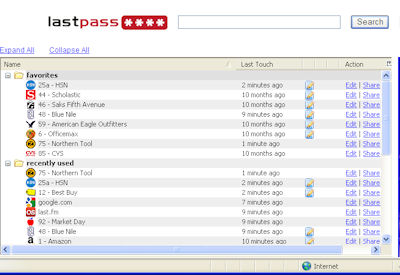 Unlike the other password managers that have been discussed, the LastPass Password Manager offers a premium package that users must pay for. However, it is important to remember that the service is deemed a freemium one. Essentially, there is a free LastPass program that users might use without paying anything, but the premium service requires a minor subscription fee. LastPass Premium does some pretty impressive things, and it might especially look attractive to those who work with both desktop and mobile devices. The system is offered for the iPhone, Blackberry, Android, Dolphin Browser HD, Firefox Mobile and Windows Phone platforms. As well as this, and support for smaller device OS platforms like Symbian, the LastPass system has other options. For instance, the service has functions that can interface with USB drives.

Steps to Secure Your PC