The world is on the web and so are malicious code writers. The threat you face today from computer viruses is bigger than ever. But for the common PC user, spending a lot of money on anti-virus software is an unfavorable option. If you represent the common PC user and have felt the pinch of buying or paying for anti-virus subscription, here are three free anti-virus programs reviewed for your convenience. Just download the anti-virus and install. No money involved. Here are three such programs. 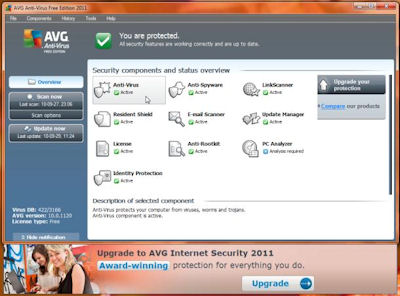 Touted as the world’s most downloaded free security software, AVG is a force to reckon with. AVG LinkScanner provides users with real-time security. To meet the anti-virus requirements spurred by the social networking boom, AVG has incorporated AVG Social Networking Protection in the free edition too. Updates that are issued by AVG come from the company itself as well as the AVG community.

Many changes have been made at the operational as well as user interface level. If we start from the beginning, the number of installation screens has been reduced from the previous 13 to 5. The user interface is more intuitive, with small additions such as dedicated buttons for fixing and updating the virus database. The scanning times have also been reduced through “smart scanning” which implies AVG does not rescan safe files that are left unchanged since the last scan. 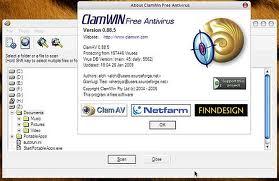 This is an open-source antivirus program compatible with Windows 7/Vista/XP/98 and Windows Server 2008/2003. It has good virus detection capabilities, a scheduler for scanning at planned times, automatic virus data base update and standalone file scanner. It has the capability to seamlessly integrate with the context menu and MS Outlook. The most recent version of Clamwin Free Antivirus is at 0.97. On the backend, the central virus database is updated daily.

The only downside (although of negligible importance), is that ClamWin does not scan a file just before you access it. If you scan your PC once before you start accessing other files, you will not miss the on-access scan. 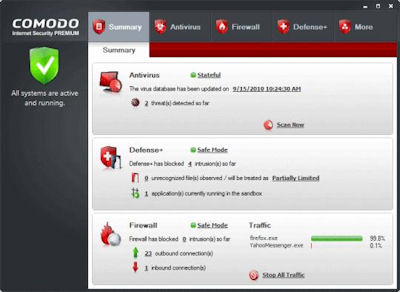 Comodo Antivirus is good by most standards, but not suitable for PCs that have already been infected. The latest version is 5.3. It offers IPv6 support in the firewall. A Rootkit Scanner in the antivirus can detect and scan hidden registries and folders. Many people who like to have an eye-candy of a PC will be delighted with the latest version being skinnable. The user interface is friendly and intuitively designed.

Comoda offers protection against trojans, worms, buffer overflows, spyware and hackers. It is an ace-player when it comes to detecting zero-day attacks. The firewall is enterprise class, with packet filtering, illegal host obstruction, application management and anti-spyware capabilities.

In the earlier versions of Comodo, one important component was missing. Comodo has included cloud-based scanning and behavior analysis of unknown files. The good part is that the common PC user does not need to dig in the deepest corner of the options menu to find a setting that says “enable cloud scanning and protection”. Under default settings, the option is active and protecting your system. Another innovative method of preventing infection is the use of sandbox simulation. The suspicious file is allowed to function in a virtualized environment where it cannot change system parameters.

The downside, which is again somewhat insignificant, is that the sandbox is not a very refined and precise science. There is a slim chance that some harmless programs may end up in the sandbox because of some strange activity. But then again you can add exceptions. After all, there is a price to be paid pay for security, even if the software is free!

Steps to Fix Your PC

Clean Up Your PC

Speed Up Your PC